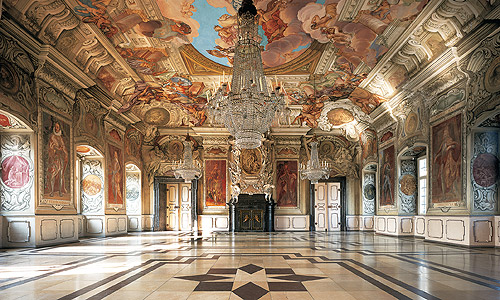 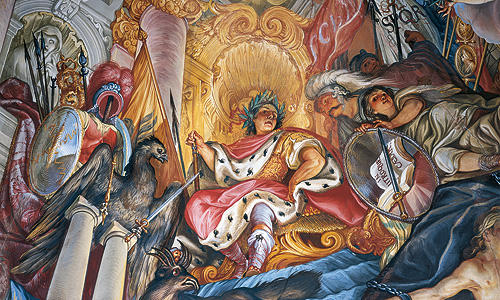 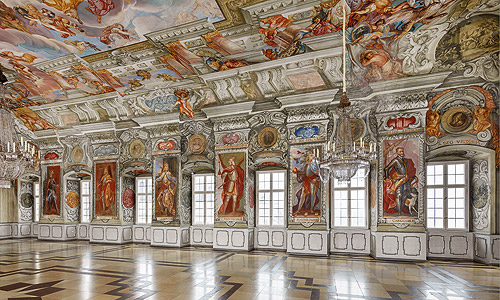 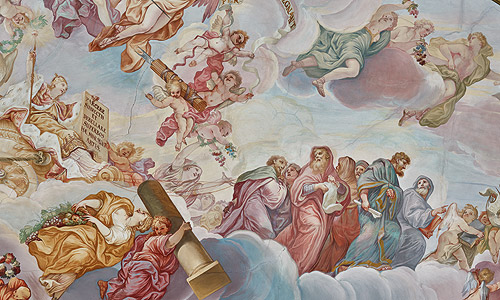 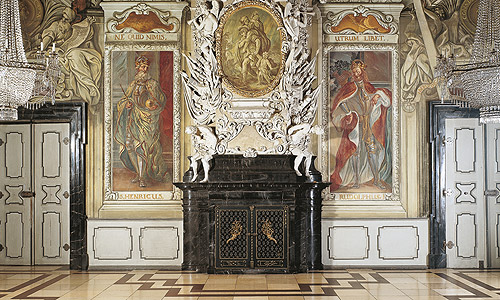 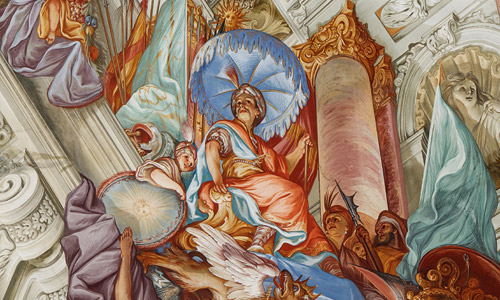 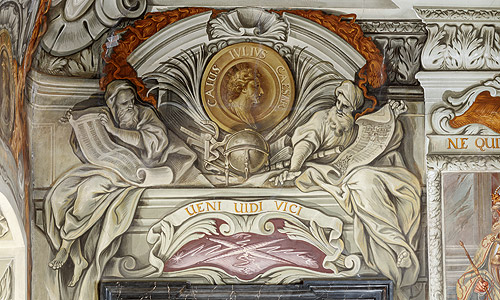 The Imperial Hall, the most significant room in the New Residence, was painted throughout by Melchior Steidl, from 1707. This large but low-ceilinged room was made to appear more majestic by using illusionistic painting to heighten the architecture and thereby opening it to heaven. The main picture on the ceiling shows the triumphal march of Wisdom. A putto states the theme in a printed banner: "Per me Reges regnant" - Through me Kings rule.

On the pillars is depicted the procession of Emperors of the Holy Roman Empire of the German Nation, from Heinrich II, the founder of the Bishopric, to the then ruler, Joseph I; above them are Emperors of ancient Rome. The attached mottoes and deeds allude to the virtues of a ruler and the Catholic faith which the Emperors had to defend. Especially beautiful are the four monarchies of the world, in the corners of the vaulted ceiling: Assyria-Babylon; Persia; Greece-Macedonia; and Rome.