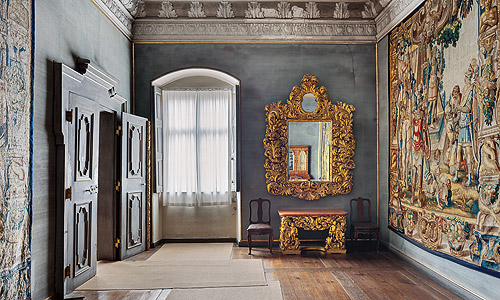 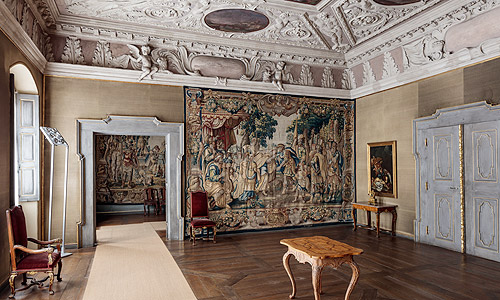 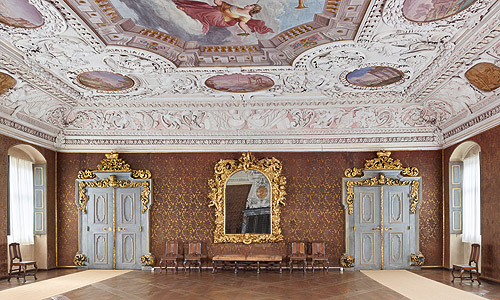 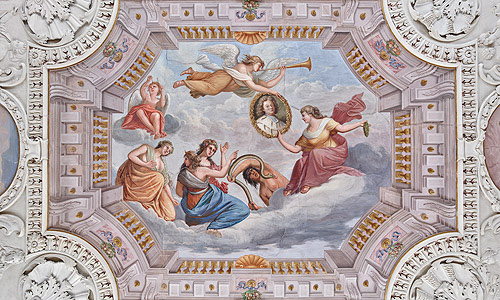 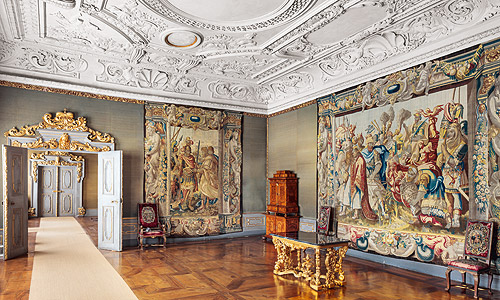 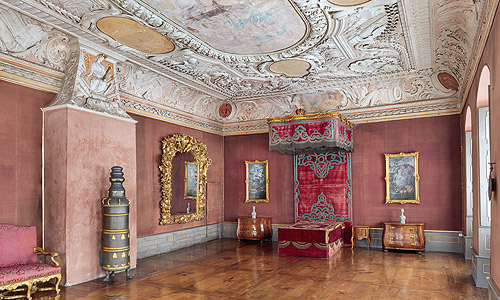 Although this group of rooms is in the older Gebsattel section, the floor plan and furnishing date from the reign of Prince-Bishop Lothar Franz von Schönborn, for whom they were created in 1696/97, probably as a temporary apartment. By 1696 most of the building work had been completed and the rooms were then furnished immediately. However, in 1695 the elector had already signalled his unwillingness to live in the unfinished building because his apartment proper was not going to be in this section of the palace. In 1708 Empress Elisabeth Christine lived in this apartment shortly before her wedding to Emperor Karl VI; the Princess Hall is named after her. In the first half of the 19th century, some of Duke Wilhelm in Bayern’s court was accommodated here.

Although few items of furniture from the Elector’s Apartment have been preserved, the fixed wall decoration has the effect of retaining more of the original atmosphere than is to be found in any of the other apartments. The emotive, Late-Baroque splendour is reflected in Vogel’s stucco-work ceilings but above all in the enfilade of gilt door frames with heavy acanthus carvings. The original wall coverings were lost – they were probably mainly of leather – and have been successfully replaced by Brussels tapestries from the first and second Scipio series made in the E. Leyniers and H. Rydams manufactory (c. 1650).