For a long time the New Residence was not only the Bamberg’s largest secular building, it was also its political hub. Visible from afar on the Domberg, together with the cathedral, it is still the crowning architectural feature of the old town and an important component of this UNESCO World Heritage site. 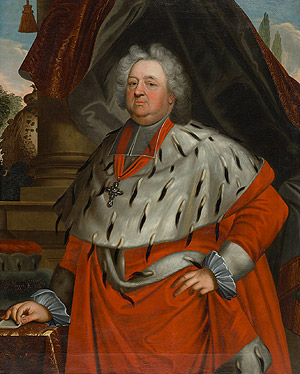 The New Residence was created in two building phases over a period of more than 100 years. From 1603, under Prince Bishop Philipp von Gebsattel (r. 1599-1609), several adjacent canon’s houses were replaced with a new building in the Renaissance style. From 1609 the extension was continued under Gebsattel’s successor, Johann Gottfried von Aschhausen (r. 1609-1622). Located immediately opposite Bamberg Cathedral and the Old Court, the new building linked up with the original seat of the bishopric when it was founded by Emperor Heinrich II in the Middle Ages. Construction then came to a halt, probably due to the 30 Years’ War, and the Residence remained incomplete until Lothar Franz von Schönborn (r. 1693-1729) was elected prince-bishop of Bamberg in 1693. Little is known about the interior decoration of this first section.

After Lothar Franz had also been elected Archbishop of Mainz in 1695 and as Imperial Arch Chancellor had also become a member of the powerful electoral college, he started planning the completion and extension of the Late Renaissance Residence. In the same year he concluded a contract with the architect Johann Leonhard Dientzenhofer (1660-1707) for the extension of the Gebsattel building. Dientzenhofer’s initial plans, which already anticipated the present basic form of the New Residence, added two long wings, creating a uniform architectural counterpart to the complex structure of both the cathedral and the Old Court.

In 1696 a new apartment – dominated by the abundant stuccowork of Johann Jakob Vogel (1661-1727) – was created for Lothar Franz on the second floor of the Gebsattel building, although it was only ever intended as temporary accommodation; this is what is now called the Elector’s Apartment. A little later, from 1703, the walls and ceilings of the two most important apartments in the new buildings were decorated, also with the involvement of Vogel: the actual bishop’s apartment, today the Prince Bishop’s Apartment, and the Imperial Apartment, which the elector provided for a possible visit by the emperor. The walls and ceiling of the Imperial Hall next to the Imperial Apartment were painted from 1707 to 1709 by Melchior Steidl (1657-1727). With this the basic structure of the New Residence as it is today was complete.

The Residence after the prince bishops

As a result of secularization, the residence of the Bamberg prince-bishops had already become the property of the Bavarian Wittelsbachs in 1802, and they now had to find ways of using the huge complex. The following Wittelsbachs lived here in succession: from 1806 to 1837 Duke Wilhelm in Bavaria with his family, Crown Prince Maximilian, subsequently King Maximilian II, who probably stayed here from 1843-1846, and in around 1900 Crown Prince Rupprecht, the son of King Ludwig II, with his family. Rupprecht’s wife Marie Gabriele gave birth in Bamberg to the designated heir to the throne, Luitpold. 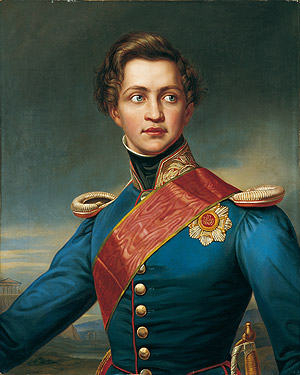 The rule of the Wittelsbachs came to an end with the revolution of 1918. After the first free elections and the assassination of Minister President Kurt Eisner (1867-1919) by a conservative fanatic, Munich was plunged into chaos. The elected state parliament (Landtag) and the government withdrew to Bamberg in 1919, where the revolution was having much less impact than in Munich. Minister President Johannes Hoffmann (1867-1930) and some of the ministries were accommodated in the former seat of the prince-bishop’s government – in the New Residence. In the same year that the government moved out, the Residence finally became a museum.